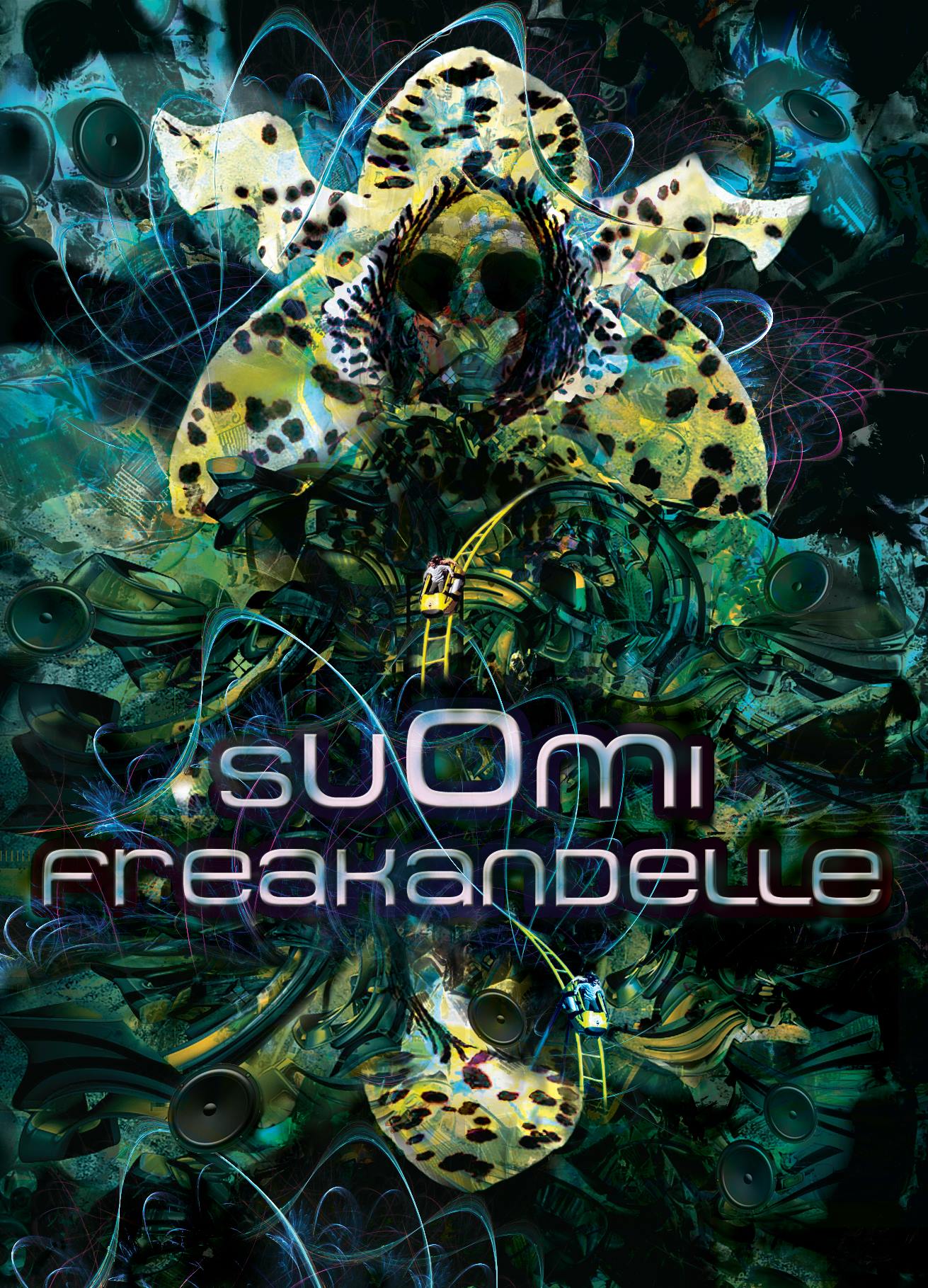 After the positive respons on the First Edition and a great co-op for the B-day of the co-founder Njits we will return with a new 100% Suomisaundi Party for the Belgian Fans! Offcourse the founding member Ain-Soph will represent. Who else, is for U to find out in the coming weeks! Let’s kick-off the Summer early this year!

Texas Faggott is the format of Tim Thick and Pentti Slayer. These guys have been churning out music which has taken on a life of its own, standing out and above in terms of innovation and technical quality. They released their first full album exactly 15 years ago. The music is hilarious and sensorial, uplifting and quirky, all the time balancing between extremes which ensures to affect everyone who hears it. With their electro-acoustic synapse-strumming sounds they create a suomisaundi hillbilly trademart, once described as ‘reminding me of the fun at the circus as a kid’.

Salakavala, which means “Something unexpectable”, has been active in the underground scene since the millennium. The guys operate with a highly uncommercial attitude combining all sort of music. Their extremely dance floor orientated sound is mixed with a damn healthy dose of the most important ingredients: acid and funk and always comes along with their special kind of humour, which distinguishes themselves as a real treat!

When Tommy Lauhiala and Francoise Faggott started making music together in 2004, a magical psychedelic phenomenon occured. They named it Low Pressure Condition. LPC can best be described as Finnish Ghetto Trance, Psychedelic & Disco music that will take you to another dimension! Tommy will be joining our celebration on the 10th of may 2014. Be prepared to boogie!
https://www.facebook.com/lowpressurecondition

Pavel Svimba is a Helsinki, Finland based musician, who has been active in Finnish psychedelic trance scene for over 10 years. He loves to mix different genres of music into his own mixture of everything that inspires him, but of course the main line is funky trance, with a serious amount of booty shaking wibe.

‘Mullet Mohawk is a collaboration between Pavel Svimba and Scooterbaba. They both are active members in the Finnish electronic dance music movement. Their music is a combination of many different styles, a humoristic but serious journey thru time and space to the berghälian vortex and beyond.’

The founder of the former suomi partylabel, Pandemonium (Lysergic Asylum), will join our party. He brought us Mandalavandalz, Texas Faggott, Derango and many more. The suomisaundi was revealed to the most of us by him. Now, for old times sake, he will give us with a set like in the old days: a pounding suomitrip in to the funky’delic’forest. Are you ready!?!
https://soundcloud.com/lepton-lost-theory-rec/lepton-lost-found

‘Ain-Soph is the mastermind behind the Suomiscène in Belgium. Being one of the first to mix the mixed-up suomisounds and starting his own partylabel: Materia Prima – now already a decade ago – he can truly be called the Godfather of Belgium Suomisaundi!’
http://www.facebook.com/pages/Ain-Soph/359991707509

One of DAT’s finest dj’s will provide us with a set of the best suomisaundi and old school goa trance mixed together. That way, he will create an energetic hurricane that makes the dancefloor tremble! Guaranteed party!
https://www.facebook.com/pages/Yani/143988818970931?fref=ts

to start the party, MATKA (aka PSYTOAD) will bring a mix of
suomisoundi and funky forest!! prepare yourself for a super psychedelic kick-off!!