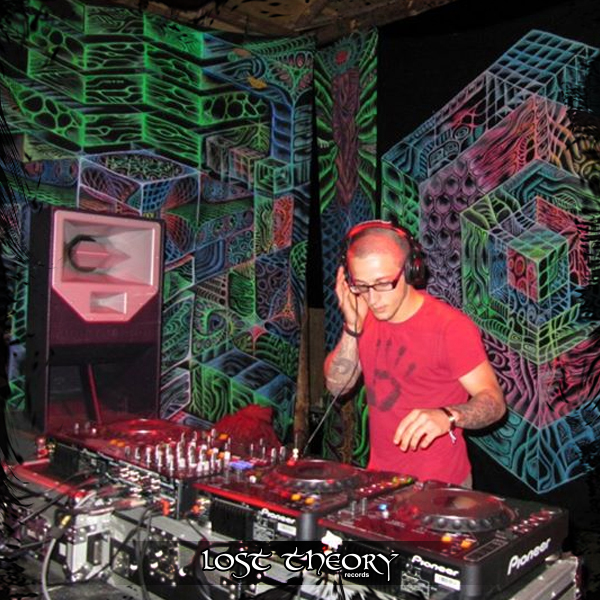 Entre Nous aka Anthony, rised from a seed in ’87. He discovered the psy scene in the summer of 2005. Immediately he found himself attracted to the more darker edge psytrance has to offer. After a while of collecting music he bought himself some cdj’s. This should be around spring of 2006. He has been spinning ever since under the alter ego “Makkura” . Shortly after that, with loads of support and help from other crews, friends and artists, he started organising his own parties under the name F.U.B.A.R. After 2 years of organising parties on a regular base and playing around the globe, he decided to give Fubar and Makkura the peace they earned and continued the story under his new alias Entre Nous. Under this alter ego he joins Lost Theory Records. More devoted than ever to bring twisted melodies and deep mental psychedelic tracks with a good interaction between himself and the dance floor.