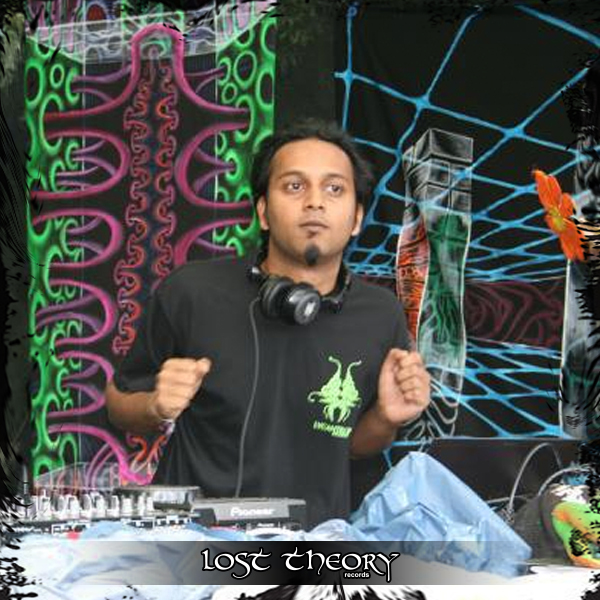 Alien Mental | Sonik Scizzor is La from Chennai (India), currently living on a space pod near earth. He is a multifaceted musician well versed with numerous instruments such as guitars, drums, bass and has been practicing music professionally since the age of 16. After years of experimentation with instruments, synths, tweaky knobs and alien sound technologies, he is confident of his creations and respected for them around the world. His aim is to create unique sonik material that push the envelop of sound and cleanse the chakras of the listener.

He has collabrated on tracks with artists like Zik, Polyphonia, Psykovsky, Kindzadza, The Nommos, Highko, Cosmo, Ocelot, Naked Tourist, Ghreg on Earth, Fractal Cowboys, Freaks Of Nature, Mubali, Kashyyyk, Entropy, Dejan and many more. Today Lalith successfully performs around this fine planet we call earth and is regarded as one of the important figures in the psy trance scene. He is also the owner of Echo Vortex records, dedicated to broadcasting the finest of sonik material his collective has to offer to the listeners worldwide.

In September 2013 he announced that he will no longer make any music as Alien Mental. But he will continue to make trance under his alias Sonik Scizzor.