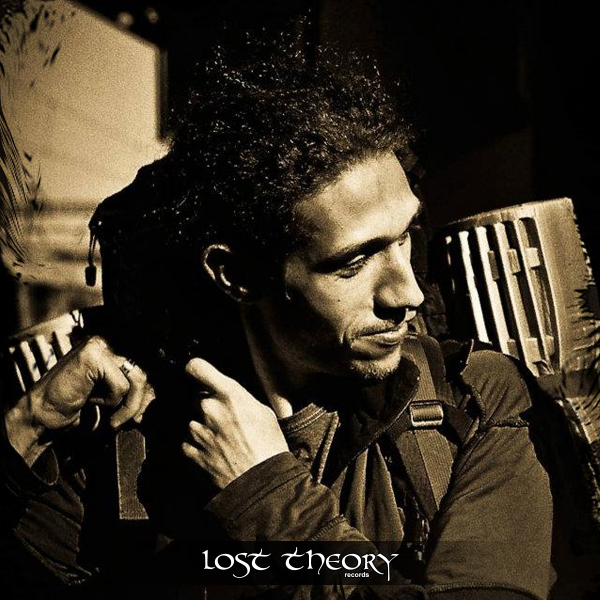 Actually, all my life, I was surrounded by sound systems and music in general. During the soviet time it was hard to get some sound system or mixer, but people were still playing music and listening to it. Papa was engineer and he was making homemade sound, mixers, delays, reverbs and also copying forbidden in Soviet union vinyl recordings, so music and gear was always next to me.. Without any doubts I went to music school, learned guitar and made my band. That times I was focused and influenced by music such as Korn, Sepultura, Soulfly, Rage Against The Machine, Offspring, Deftones, Limp Bizkit, etc.. And one day (I think it was 2000), a not so good friend of mine brought me a hdd and said: “here hd drive full of electronic music, it’s psychedelic and goa trance collection, and i know u will love it and care on it”..) A week later I was standing in front of the entrance of a popular psychedelic club called “Proton” in Moscow. A month later I sold two guitars, FX’s, and all kids of other stuff.
I started to collect music, started DJ’ing and began to learn how to make electronic music.. My first experiences were with fast-tracker, then reason, then Fruity Loops and then cubase..
Around 2002 me and my very good friend Andrey “Paper Squad” started a project, which was full of experiments and learning how all this new stuff was working. Around 2005-2006 my taste totally changed to more deep night time music, and focused on collecting and DJ’ing, and didn’t produce much that time. Around 2006-2012 I was traveling a lot and played on almost all big festivals in Russia and Ukraine. In 2009 I started to organize parties with friends under the name “Crystal Power” and this resulted in 2010 to the Crystal Power Gathering.
The location was a very beautiful place called Valday. Papiyan and Saikozaurus were guests and the party got very good feedback! A year later I meet Stealth and he invited me to join Sonic Chakras crew. A month later we planned the first Space Camp festival and we were compiling V/A Crystal Chakras, for Sonic Chakras Records.
All these activities led me to Lost Theory Festival and resulted in becoming a label DJ for Lost Theory Records.

Special word about influences.. First of all, my all-time favourite is Parasense.. I was listening to their music almost every weekend, i grow on it!
After this a special thanks to the Russian DJ Tomas303, who was helping with everything during the time and who was learning how to collect music, how roll a joint, etc..
And then of course artists as Transdriver, Fungus Funk, KinDzaDza, Furious, Hux Flux, Grapes Of Wrath, Meteloids, PsyloCowboys, and such labels as Deja Vu, Vertigo, Insomnia, Parvati, Sanaton,.. (Not even 5% of what I like is written here..)

As a DJ I prefer night time or the transition to sunrise. Depending on the situation and condition of party people I can play deeper stuff or more groovy music… (morning weird sets as well)
As a musician I have a few collaborations with my good friends and some solo projects :
Skunks Of Funk is me + Meto Magic Seeds + Kalle Gnohm
Pinky & Brain is me and Kalle Gnohm
Harvesters/604 seeds is me and Meto Magic Seeds